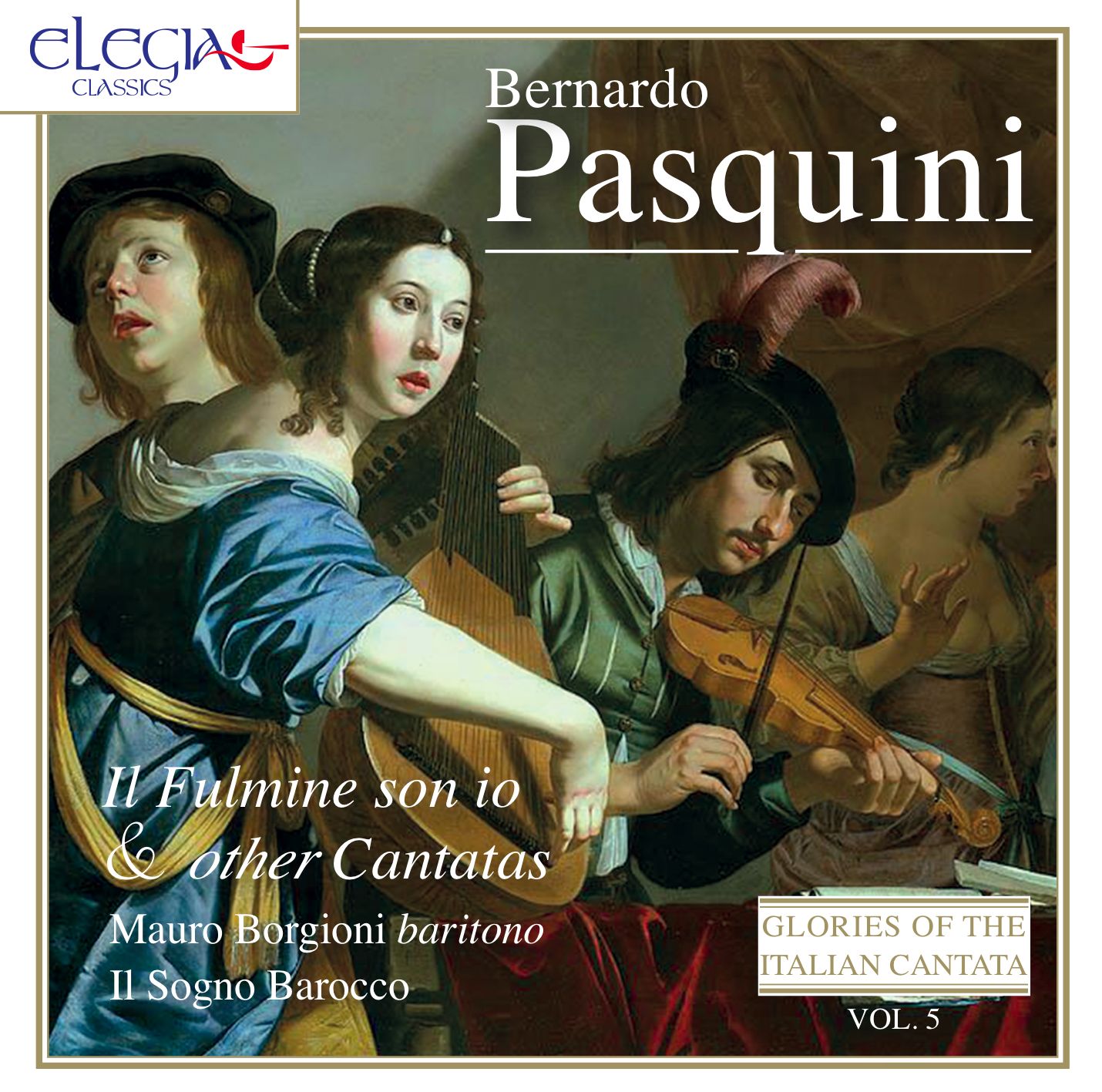 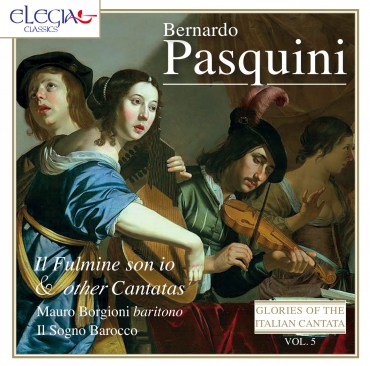 For a long time, the genius of Bernardo Pasquini has been associated with his figure of “harpsichord virtuoso”, mostly upstaging his talent as a composer, which had already achieved undisputed fame in his time with a rich production of operas, oratorios and cantatas. It is only in recent times that, thanks to new studies on his biography, new attention has been given to Pasquini’s non-keyboard music. Great interest was aroused by the oratorios, all re-performed and recorded now, but the same cannot be said of the operas and cantatas, which are rarely included in the repertoires of early-music specialists. Such asymmetries in the reception of Pasquini’s music are probably explained by the great emphasis placed, for a long time, on his activity as organist and harpsichordist. Born on 7 December 1637 in Massa in Valdinievole (Pistoia), Pasquini together with a priest uncle, moved to Ferrara around 1650, where he completed his studies and became organist at the local Archconfraternity of Death. At the end of 1655, he moved to Rome, where he held the position of organist in some important churches: first in Santa Maria in Vallicella and then in Santa Maria Maggiore. However, the success of his career is mainly due to the relationships that tied him first to Cardinal Flavio Chigi, nephew of Pope Alexander VII, then to Prince Giovan Battista Borghese, in whose service he remained from 1667 to 1692, and finally to his son, Marcantonio Prince of Rossano, where he served from 1693 to his death, which occurred in Rome on 21 November 1710. Pasquini managed to establish himself as one of the major opera performers active in Roman theatres, but also to work for important figures of the aristocracy, including cardinals Benedetto Pamphilj, Flavio Chigi and Pietro Ottoboni, Queen Christina of Sweden and the Spanish ambassador Luís Francisco de la Cerda duke of Medinaceli. As part of its vast production, the cantatas represent still today a territory virtually unexplored by musicians. This corpus includes about seventy pieces - fifty of them are for solo voice - largely dating back approximately from 1672 to 1691. Many of the cantatas were conceived for the needs of the Borghese court and those of other noble patrons. Those directly related to sacred themes were performed for the Holy Week or the Christmas novena, on the other hand, those referring to moral or historical subjects were intended for academic meetings and mostly for the entertainment of the nobles in city palaces or villas around Rome during spring and autumn vacations, or for large hunting trips in winter. Six cantatas for bass and basso continuo have come down to us from Pasquini’s production and five of them are included in this recording. The cantata Era risorta invano is also known with the title L’ombra di Solimano, an element that allows us to date it to 1686 or shortly after. Its verses allude indeed to the capture of Buda by the imperial troops, which took place in that year, seen through the eyes of the ghost of Suleiman, the Ottoman sultan who had conquered the Hungarian city in 1541 and who is now dismayed to see it reconquered by the enemies. Even though the cantata Quei diroccati sassi cannot be dated with precision, it alludes to a specific context, as pointed out by the title: A bella donna sopra le ruine di Castro. The verses present a moral reflection on the transience of beauty, addressed to a “Filli superba”, which takes its cue from the ruins of Castro, the city seat of the homonymous duchy in northern Lazio, that was demolished in 1649-50 by order of Pope Innocent X in retaliation against the Farnese, who were the feudal lords. Il fulmine son io is part of the genre of the spiritual cantata instead: the subject alludes indeed to divine anger, symbolized by the lightning bolt, which is attracted by sin as a magnet and whose effects are avoidable thanks to the premonitory sign of thunder. The two cantatas Che volete da me and Misero cor fall into the most common amorous genre: in the first one, a betrayed lover tries to resist to a flashback of his feelings; in the second one, a lover complains of a double defeat: one inflicted on him by Mars at war, where he lost “homeland, relatives and freedom”, and the other one by the god of love, who subjugated his heart with the gaze of a woman. Arnaldo Morelli