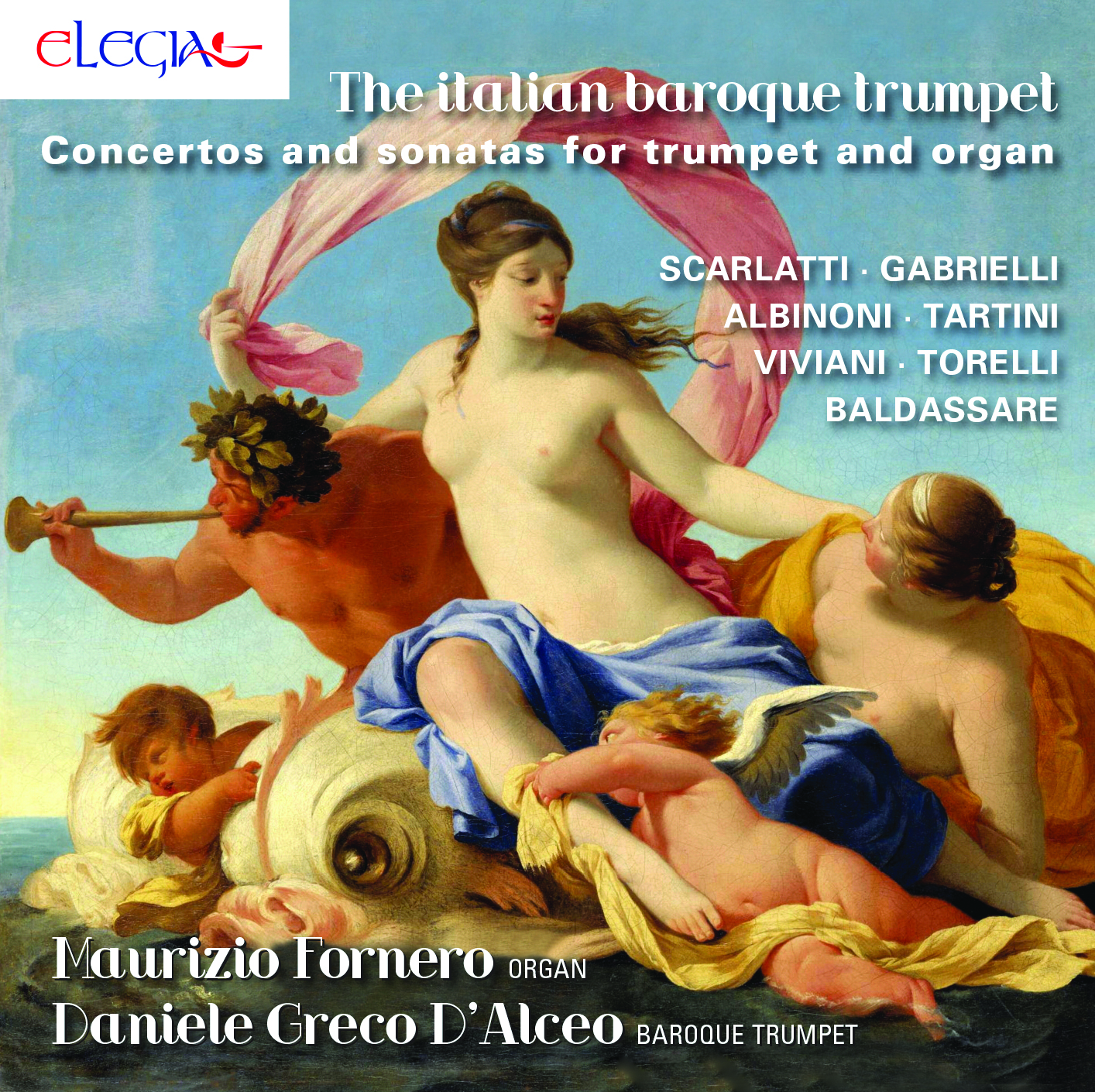 Although it roots back in ancient times, since the beginning of the XVII century the trumpet was used most of all in military groups, in which it was associated with drums and fifes and with the bombarde beside the dancing: two fields that did not use written parts and of which nothing has come to us. The official debut of the trumpet beside the organ took place in 1634, year in which Girolamo Fantini played in Rome with Frescobaldi a series of short sonatas, that he would published four years later in his Modo per imparare a suonare la tromba. It can be considered the first performing method dedicated to this instrument.
He was followed, forty years later, by Giovanni Buonaventura Viviani, a Tuscan composer who came out in Innsbruck, before going back to Italy, also passing for Venice and Rome. Among the most famous works by Viviani two sonatas for organ and trumpet stand out, published in 1678 as an appendix to Capricci armonici da chiesa e da camera op.ð4. Compared to the pieces by Fantini, where the trumpet is an absolute protagonist, in Viviani’s works the two instruments talk together with a pleasant alternation of short and slow movements to fast ones.
In the same period the musical panorama in Bologna came to high level of glory, thanks to a group of composers of great talent, among which stand out Domenico Gabrielli and Giuseppe Torelli. Also known as Mingéin dal viulunzèl for the virtuosity whereby he played the cello, Gabrielli would have probably entered the Italian music empyrean of the XVII century, if he had not passed away at 31. His career developed quickly when he was only 17, so that in 1676 he was accepted in the prestigious Accademia Filarmonica di Bologna both for his cello technique and his innovative style in composition, that emerge from his beautiful Sonata for organ and trumpet. Giuseppe Torelli dedicated great attention to the trumpet, for which he wrote a real masterpiece, Concerto in re maggiore, a work divided in three movements with a contrasting character, in which the soloist instrument gives free outburst to its technique and expressive resources. During his staying in Rome, Alessandro Scarlatti always had high regard for the trumpet, that he placed both in his oratories and in his serenades. Among them emerges Il Giardino di Amore, a wide work focused on the story of Venus and Adonis, that is introduced by a pleasant symphony of gentle Arcadian tones, whose character stands out very well in a transcription for organ and trumpet, offering to this one the chance to show off surprisingly smooth sounds. In the first years of the XVIII century the concert knew a great development so that it became the most widespread orchestral genre allover Europe. Besides, Antonio Vivaldi and Tomaso Albinoni also gave this genre a great contribution. In order to allow the performance, many concerts were adjusted for organ and sometimes for other instruments, often obtaining very good results, as we can see in Concerto op.ð9 n° 2 di Albinoni, originally conceived for oboe. Instead, the Sonata No.1 by Pietro Baldassare was written expressly for the trumpet. He was a Roman composer who had settled down in Brescia when he was young. There became director of the vocal and instrumental ensemble of San Filippo Church. This work, with a solide tripartite structure, reaches in the central Grave an unusual lyricism, which stands in sharp contrast to the other more extrovert movements. The program ends at the sunset of Baroque with the transcription of Concerto in re maggiore by Giuseppe Tartini, composer known for his unbridled virtuosity, that finds full expression in the brilliant vitality of the last movement, a piece of cleverness that it cannot help winning the audience’s applause.